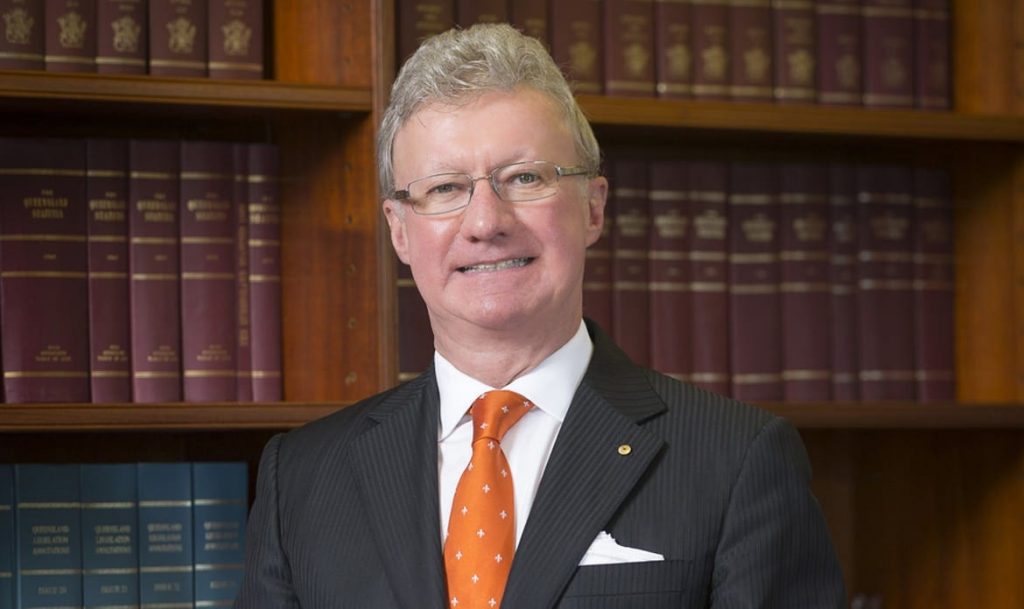 The Central Committee of Management is delighted to announce the appointment of His Excellency the Honourable Paul de Jersey AC, Governor of Queensland as the Vice-Regal Patron of Childhood Cancer Support.

The Governor was born in Brisbane in 1948, the third son of school teacher parents Ronald and Moya (both now deceased).

His Excellency won a Commonwealth Scholarship to The University of Queensland, and graduated with degrees in Arts in 1969 and Laws (with Honours) in 1971.
Also in December 1971, the Governor married Kaye Brown. His Excellency and Mrs de Jersey have three children and three grandchildren.

The Governor was called to the Bar at the end of 1971 and was appointed as Her Majesty’s Counsel (QC) in 1981.

The Governor was appointed as a Judge of the Supreme Court of Queensland in 1985, when aged 36 years, becoming the 17th Chief Justice of Queensland on 17 February 1998, and served in that role for more than 16 years until 8 July 2014.

His Excellency was appointed the 26th Governor of Queensland on 29 July 2014.

To familiarise yourself further with the backgrounds of the Governor and Mrs de Jersey, you can find their biographies on the Government House website.
Website can be found at www.govhouse.qld.gov.au

Thank You to our Corporate Partners