Laura came to know Childhood Cancer Support through her relationships with some of our young residents, who are keen netball fans. Seeing the benefit and incredible services that Childhood Cancer Support have on offer, alongside the impact childhood cancer has on regional families, Laura was keen to get on board. Having grown up in the small town of Allora on the Darling Downs, Laura loves chatting with our families about living in the country.

Laura Geitz is one of the most recognised and regarded female role models in Australian sport. Laura retired from netball in 2018, having established herself as one of Australia’s greatest players. Renowned as a high-impact player, well known for her quick-thinking and game changing intercepts. Geitz competed in two successful Netball World Cup campaigns, won a Commonwealth Games gold and silver medal and lead the Queensland Firebirds to domestic Championship titles in 2011, 2015 and 2016.

Announcing her pregnancy after the 2016 ANZ Championship victory over the NSW Swifts, Laura took a break from the game to tackle her greatest achievement, becoming a mother to Barney Ross Gilbride, born in February 2017. After a short 10 months enjoying all the new challenges of motherhood and working hard to regain her strength and fitness, Laura made the decision to make herself available for selection to return to highest level of netball and was selected to represent Australia at the Gold Coast Commonwealth Games in 2018, along with returning to the Firebirds team for the 2018 Suncorp Super Netball season.

Laura played a pivotal role during the Commonwealth Games and although they were beaten in the grand final by a stronger England team on the day, Laura was able to enjoy what was to be her final game in the green and gold in front of a home crowd.

Laura forged a consistent and highly distinguished international career with the Diamonds over a ten-year period from 2008. In 2013 she was named as only the second Queenslander to captain Australia’s most successful women’s sporting team in history. In her maiden season as Captain, Laura led the Diamonds to a Constellation Cup victory over New Zealand as well as completing a clean sweep in the International Test Series.

Laura grew up in the small country town of Allora on the Darling Downs where she loves to return and spend time with her family. She has strong family values and is well known for her modest and humble ways. She runs a successful business, with fellow Firebird and Diamond, Clare McMeniman where they offer high performance coaching clinics to aspiring young athletes through their hugely successful “Fuel2Fly” program.

Laura enjoys working with her corporate partners, whose values are reflective of her healthy lifestyle, love of netball, great outdoors and family. Laura’s depth of knowledge, popularity and charisma has recently secured her commentator roles with Netball Australia, Channel 9 and NewsCorp.

Josie combines fifteen years of corporate experience with over a decade of coaching and consulting to corporate executives, entrepreneurs, business owners and community leaders. She has held senior positions at BHP and is a multi-award winning coach, speaker, trainer, mentor, single mother and two-time cancer survivor.

Over the last few years, Josie has proven herself a dedicated and generous supporter of Childhood Cancer Support, taking every opportunity to fundraise and spread good news about who we are and what we do.

Alongside being a proud Corporate Ambassador for Childhood Cancer Support, Josie was awarded the Gold Stevie Award for Maverick of the Year (Difference Maker) for 2014.

A portion of Josie’s proceeds from her inspiring and motivational products return to Childhood Cancer Support. You can view her story and her videos and interviews here.

Tracey and Trevor Rethamel from sunny Townsville are proud parents to their 3 gorgeous daughters (Chloe, Sophie and Lucy). Tracey works as a primary school teacher and Trevor is a WHS advisor/project manager. The pair lead busy lives with their active daughters aged between 13 and 22, but love spending time catching up with friends and family and supporting the Cowboys at their home games.

Unfortunately, the Rethamel’s know the devastation of cancer better than most, with Tracey herself surviving osteosarcoma cancer as a teenager which resulted in a below knee amputation followed by 18 months of chemotherapy. In addition, in 2014 their youngest daughter Lucy was diagnosed with Acute Lymphoblastic Leukaemia (ALL). The words “your child has cancer” are words that no parent should ever have to hear.  She was 8 years old. For 9 continuous months, Lucy had to endure life saving treatment in Brisbane.

Now that the Rethamel family are back home in Townsville, they are on hand to assist other childhood oncology families when they return home. The Rethamels hope that through their ambassador role, they can create much-needed awareness about Childhood Cancer Support in their local community and raise vital funds for the organisation. “We are committed in doing this, so that other families like ours, continue to receive the support and stability that are so valuable at such a desperate time”.

Bert has been a Family Ambassador for the Mackay region for 5 years. He is involved in expanding the awareness of Childhood Cancer Support through events such as Camp Crystal, Coffee Cake & Chat, Mackay Raft Race, 1KG Challenge and the Mackay Regional Childhood Cancer Support Christmas Party. This year two new events are being added to the Mackay and regional area calendar being Mackay Motorcycle Charity Ride and the Rotary Great Community fundraiser.

Kris is a busy Mum of 4, with 2 grandchildren.

In August 2014 her only son was diagnosed with Acute Lymphoblastic Leukaemia.

When they arrived home after completing his initial treatment, they were introduced to Childhood Cancer Support.

When Kris’ family needed to travel to Brisbane for treatment, Childhood Cancer Support was right there offering accommodation, transport and support.

Kris enjoyed the coffee morning catch ups with local families every month, the Christmas partiesand other events that were organised to help her family socialise back out into the world as a family.

Kris was very humbled when she was asked to take on an Ambassador’s role for the Mackay region and said she is proud to be able to support other paediatric oncology families in her region. She has taken on the responsibility of monthly Coffee, Cake and Chat events held once a month at the Mackay Base Hospital.

Casey and her family moved into Childhood Cancer Support’s Herston units on Christmas Eve 2009. Her family stayed with Childhood Cancer Support for 8 months while her youngest child, Logan, received treatment at the Royal Children’s Hospital in Brisbane. On return to Mackay, Casey was approached to help run the Mackay Raft Race, which she did from 2010 to 2017 and has collectively helped raise over $100,000.

Casey was P & C President for 6 years and heavily involved in her local community from Hall committees to fishing competitions.

In 2019 she moved her family to the South Burnett regionto be closer to her family. Her goal is to establish a South Burnett support group in the region for other families who have travelled the cancer journey with their child.

Moving to a position on the Board has always been a long-term goal of Casey’s. She is a member of the Family Services sub-committee and is a huge advocate for the siblings of kids with cancer.

Her kids are the most important thing to her and they just celebrated Logan’s 9 years being cancer free in 2019.

Their first contact with Childhood Cancer Support was in 2010 after Emma was diagnosed with a Rhabdomyosarcoma in her head and neck. Over the next 2.5 years Emma endured 15 surgeries, 14 different chemotherapy rounds and 55 hits of radiation. Needless to say, the Love Family spent quite a lot of time away from home and found the services provided by Childhood Cancer Support invaluable.

Angela and Mick Watego are from Manly West in Brisbane. Mick works as a Campground Maintenance Manager over at beautiful Stradbroke Island. Angela has a background in office administration and as recently graduated from study with a Diploma of Nursing. Angela is looking forward to a new career direction, to give back with quality nursing like their son received.

They have two children – Byron and Makhiyah. Byron was diagnosed with Acute Lymphoblastic Leukaemia (ALL) in 2008 at 17 months of age and relapsed again in 2013 requiring a bone marrow transplant.

Thank You to our Corporate Partners 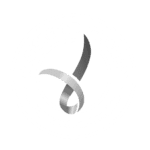