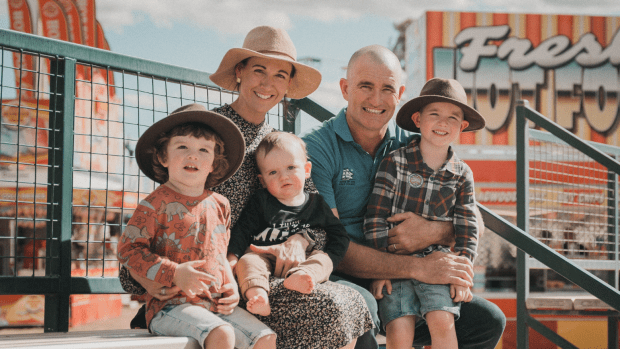 In June last year, Dan and Jess Connelly tucked their boys into bed as usual.

The family, who live in Clermont in regional Queensland, had no idea their lives were about to be turned upside down.

Their eldest son, four-year-old Mackenna, had just finished kindy and was all ready to start school in the new year.

He was brushing his teeth one night when I noticed a slight lump on the back side of his neck”, Jess tells Essential Baby. “At that stage, we weren’t too worried as kids get raised glands all the time.”

When the lump still hadn’t gone done several weeks later, Jess took Mackenna into the local hospital. And so began a series of investigations over the next six months to determine the cause.

“We were driving back from Townsville where Mac had been given a biopsy when we received the most horrific phone call,” Jess explains through tears. “The three boys were in the car, including our two-year-old Oli and five-month old baby, Arthur.” 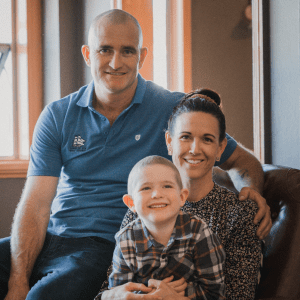 It was then they received the shock diagnosis. Hodgkin Lymphoma – an aggressive form of blood cancer.

“We never, ever thought it would be anything serious. It destroyed us,” Jess reveals.

Jess pulled over to the side of the road and handed the phone over to Dan.

“As soon as the doctor said the words, I went into shock. I wasn’t reacting.” Jess says through tears. “Physically and emotionally, we were consumed with grief. Our worst nightmare unfolded in front of us. it didn’t feel real.”

“It’s your child they’re talking about, your baby. No child, no parent should have to go through it.”

When the couple arrived home to their small country town, family and friends flocked around them.

“Those few days after that phone call when there was so much uncertainty and we just had to wait were incredibly difficult,” she said. “I just went into survival mode until a plan was in place. I had to be strong for our three precious boys.”

The family leapt into action to ensure Mackenna could start life-saving treatment immediately, but it meant they would need long-term accomodation in Brisbane.

“We moved 1,000km away from our home in Clermont, and everyone we know and love. It was a scary thought being away from our support network, and in a strange city,” Jess says. “Our whole life changed in an instant. We were suddenly thrust into this bubble in the city. All the boys knew before was going out digging on the farm and playing with the animals.” 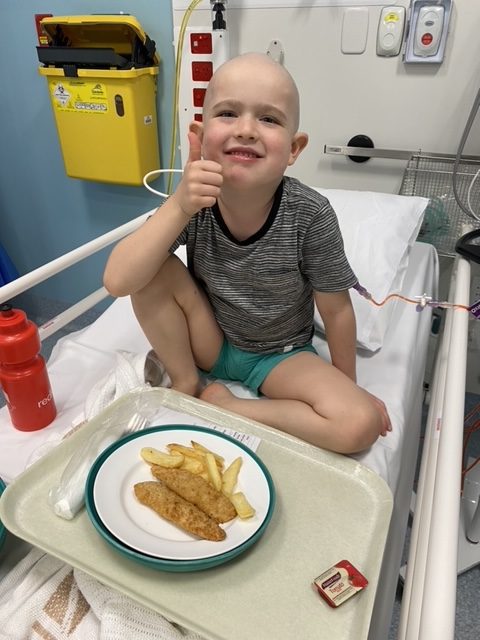 Fortunately, Childhood Cancer Support stepped in to provide the family with a home away from home in Brisbane, as well as transport to and from the hospital for three months. 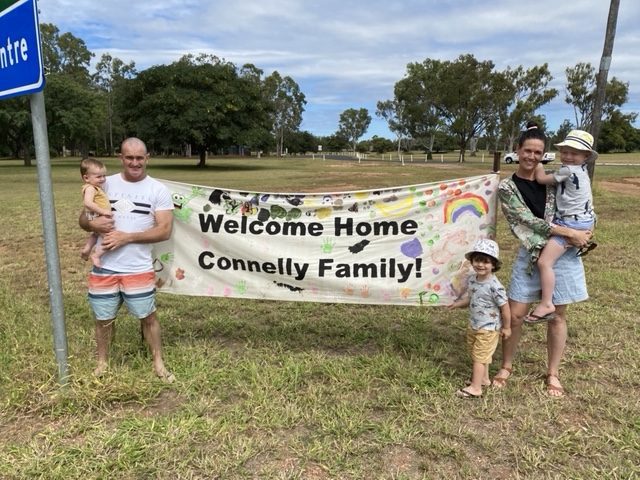 Most importantly, they also provided emotional and psychological support.

Mackenna endured a 10-hour surgery and countless rounds of chemotherapy over the course of three months. Fortunately, the cancer was localised and Mac responded well to the treatment.

“We were given an incredible amount of emotional and financial support from Childhood Cancer Support,” Jess explains. “We walked into a three-bedroom apartment and there was even a grocery hamper waiting for us.” 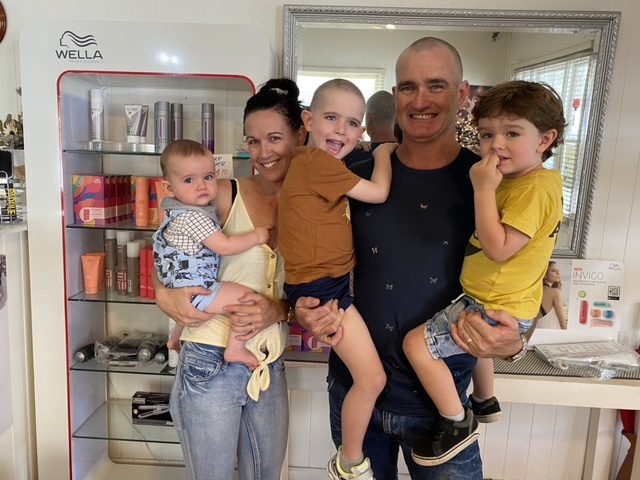 “Without their help, I believe Mackenna’s treatment length may have been affected. We had a lot of stress taken away from us, and Dan, the kids and I could all be together, we could think clearly and take on the challenge that was in front of us. I simply wouldn’t have been able to manage otherwise.”

The reality is, that many regional families who face a cancer diagnosis will have to travel to major cities for treatment, making it incredibly difficult financially. Families either need to split apart, or be able to cover the costs of two households – rent, mortgage, bills – while not being able to work.

Jess, who is a teacher, had actually heard about Childhood Cancer Support 10 years earlier – completely unaware she would one day need their help.

“Ten years ago, one of my students was diagnosed with Leukemia and Dan and I went to visit him to bring gifts. The family were staying at the same house in Herston.”

“We had fundraised for the family and Childhood Cancer Support through our school. I knew the charity helped families in need, but you never think of yourself needing them.”

Throughout their stay, Jess says they were offered an abundance of ‘vital support’ through transport, information, activities for the kids, groceries, counselling, and connecting with other families.

“We were blown away by their endless kindness,” Jess gushes. “The organisation is absolutely is invaluable. Families should never have to face adversity alone. There was no doubt we needed accommodation. We couldn’t afford to pay the bills at home, and long-term accommodation in Brisbane.”

“We never thought we would need them, but we did. And we have made life-long friends with other families staying there. Being able to socialise with other parents who understood what you were going through, and having playmates for the boys, absolutely saved us.”

‘Story of hope and promise’
Today, Mac is doing ‘brilliantly.’  He just had his three-month check-up, has started school and has been given the all-clear.

“I could not be more grateful,” she says through tears. “Our is a story of hope and promise. Even with one of the scariest diagnoses you can imagine, it doesn’t always mean it will be a bad ending.

Jess is sharing her story in the hope of reaching other families who may be at the beginning of their journey with cancer.

“It hurts me to think of other families facing what we did,” Jess shares. “It’s a very sickening, alone feeling at the beginning, just after diagnosis. Apart from denial there is this loneliness that overcomes you.”

“Please, just know you are not alone,” she pleads. “There is so much support out there.”